Fox’s 24 was one of the most thrilling, wild shows on TV for many years. During its 9 season run, our hero Jack Bauer saved the world and kicked some serious ass for the Counter Terrorism Unit.

Now, Fox is getting fans excited by announcing the return of this show, hopefully coming in 2017. Our hero Jack Bauer won’t be returning, but we’re sure whoever takes the lead will do him proud.  Get excited for the return with 24 great facts about 24, plus, a really funny video at the end! Jack Bauer says “dammit” a LOT. In fact, he says it over 162 times in the show. Some people turned it into a drinking game, taking a shot every time he said dammit.

When Kiefer Sutherland found out, he decided to have a bit of fun and said dammit 14 times in one episode! That’s a lot of shots!

Jack is quite the assassin. How many bad guys have been neutralized by this bad boy?

Jack might be a hero, but he’s also racked up a LOT of kills. Over the course of the show, he’s been responsible for the deaths of nearly 300 people.

In season 1 he was relatively tame, killing only 11 people, while Day 6 (season 6) is his most deadly.

With each season theoretically taking place over a 24-hour period, what did the actors have to do to keep themselves looking authentic? In order to keep the show authentic, actors had to get their hair trimmed every 5 days. The show was meant to depict one day in the life of Jack Bauer, but in reality each season took about 10 and a half months to film, start to finish.

One hour was the deadliest in the show – which was it? The most deadly hours in the show are between 7-8 am. On days 4 & 6, it is those hours that had two major terrorist attacks. The safest time is between 9-10 am. Jack is most ruthless between 10 p.m and 11 p.m, killing 29 people in those hours.

What was an unexpected side effect of all the plot twists the show featured? The actors on the show had no idea what was happening from one episode to the next. The show was so fast-paced, with so many plot twists, double agents, and moles, that the producers didn’t want the characters to know who was going to be killed, or turn out to be a traitor.

What happens when you call a number that shows up onscreen? In the fifth episode of the fourth season, a cell phone rings with a valid California phone number. The number received over 80,000 calls in a week! Some got a voice mail saying they’d reached the 24 prop phone and to leave a message, while others got to speak with various cast and crew members. Director Jon Cassar apparently came up with the idea, wanting to interact with fans of the show.

What pushed off the airing of the first episode, and how did global events shape it? The show premier had to be pushed off due to the real-life terrorist attacks on September 11. A scene where a plane was blown up was edited to only show the explosion and not Mandy blowing up the plane itself, in order to be sensitive to the American public’s general feeling. Still, some people felt that it was simply too soon.

What was the original inspiration for this crazy, dramatic action-packed TV show? 24 as we know and love it is crazy, dramatic, action-packed, and full of blood and gore. However, the original idea was much, MUCH tamer – it was originally meant to be a show depicting the 24 hours before a wedding. We’re glad it ended up differently!

Read on for a funny tidbit about 24’s Indian spinoff. 24 has inspired many spin-offs, and even copycat shows. The Indian version has been praised for staying true to the shows big, bold, dramatic vibe. The greatest part about it though, is that it is produced by and stars Anil Kapoor (Slumdog Millionaire), who plays President Omar Hassan (of the fictional Islamic Republic of Kamistan) in the original series!

This hour has…45 minutes? Each episode is about 45 minutes of actual action – the other 15 minutes are for commercial breaks – whittled down from 25 hours of footage, which takes over ten months to film. Each even numbered season/”day” dealt with a nuclear threat to the country. In season 2 it was terrorists threatening to detonate a nuclear bomb, season 4 had a terrorist mastermind who, among other things, steals a stealth fighter and steals the president’s nuclear football, or black bag that can authorize nuclear capabilities, that must be intercepted. Season 6 has Jack taking down terrorists armed with nukes, and Season 8 has the CTU chasing down nuclear rods belonging to President Omar Hassan’s brother.

Which real-life politician had a quick walk-on role in the show? The show has many fictional presidents and governmental meetings, but did you know that real-life senator, and 2008 presidential hopeful John McCain had a walk-on part on the show? On Day 5/Season 5, he can be seen delivering papers to a CTU meeting.

Ever wondered why the show didn’t use a 24-hour clock format? Even though the show focuses on the theme of 24 hours, the clock doesn’t show the time in 24 hour format. Producers feared that would confuse American audiences who are unused to military time, so they kept it to a 12-hour format.

In what ways did the show predict the future? The show had 8 presidents during its run – only half of whom have been elected, and only one who finished a full term. The show was very much ahead of its time with the presidents it chose, featuring a black president (President David Palmer) and the series ends with the swearing-in of a female president.

Did people enjoy working with Kiefer Sutherland? Surprisingly, lots of them had bad things to say… Jack Bauer is a brash character who plays by his own rules. He is played by Canadian actor Kiefer Sutherland, a well-known alcohol aficionado and bad-boy. Some co-stars reported having a hard time working with him.

Freddie Prinze Jr, who acted in the eight season, said of Sutherland, “[He] was the most unprofessional dude in the world…That’s not me talking trash, I’d say it to his face. I think everyone that’s worked with him has said that.”

What was the death toll for characters on the show? The surprising, and deadly answer comes next. This show had a high death toll! 17 characters were introduced in the pilot, and by the end, only six were alive: Jack, Kim, Tony, Mandy, Rick and Patty. I would have quit the CTU as soon as I could!

Whats a funny fan theory about the computers used in the show? Prop creators have to be careful with their sets, as sharp-eyed fans notice everything. One funny theory was that all the good guys on the show used MacBooks, while all the villains were PC users.

The show creators got wind of this theory, however, and began to change it up a bit, giving the villains the Macs and the good guys HP PCs.

Wait, I’ve never heard of the Islamic Republic of Kamistan….? Six nations and one fictional country have made appearances on the show: The United States, Mexico, China, Russia, Malaysia, South Korea, Sangala, and the fictional Islamic Republic of Kamistan.

How many instances of torture appeared in the show? There were 67 (!) torture scenes in the last five seasons of 24. This may have led to the storyline of season 7 showing Jack Bauer back in the U.S., having to answer charges of illegal torture.

What was something interesting about the way the characters communicated on the show? Most shows have the actors speaking into dead phones when on a phone call. 24 is unique in that almost all the calls were with the other actor on the line to make it more believable. Obviously only one actor was filmed at a time, but due to the frequency of phone calls, producers wanted to have the actors as present as possible.

Actor Leslie Hope has said that while she spent very little screen time with Kiefer Sutherland, she felt that they had an excellent acting experience together due to all their phone calls.

This show won an Emmy in 2006 – have any other Fox shows won that prestigious award also? In 2006, it won the Primetime Emmy Award for Best Drama, making it the first, and only, Fox show to win that award. In fact, Fox was only nominated for two other Emmys (which they didn’t win) – for the X-Files, and for House.

What led to the 9th season? Fox wanted to make 24 into a feature film but had many difficulties in making it happen. They settled for a limited-run series of only 12 episodes, following the classic 24 model, with a 12 hour jump as opposed to dedicating an hour per episode as normal. It was named 24: Live Another Day, and was well-received by critics.

How did the show deal with allegations of Islamophobia? Like many shows that center around terrorism (think Homeland), there were allegations of racism. In order to mitigate this, Fox introduced the Muslim storekeepers in Season 4, who help Jack and Paul fight off the McLennen-Forster mercenaries.

Have any of the villains survived Jack Bauer’s deadly skills? So far, Mandy (played by Mia Kirshner) is the only major villain to remain alive. Appearing prominently in season 1 and briefly at the ends of seasons 2 and 4, her character was eventually granted immunity for her crimes and is presumably living a quiet life somewhere in Vermont. (Yeah, right.)

According to writer Joel Surnow, there were talks of bringing her back, but the creators of the show felt it would be too sensational. Coming from this show full of misdirection and plot twists, this hardly feels like the craziest thing that could have happened!

Check out this hilarious video we found, next!

If you liked this post, we’re sure your friends would appreciate it as well. We worked hard on research, writing, images and editing and the truth is that we only earn from sponsors. If you’d like to say thanks, we would highly appreciate it if you could simply share on Facebook. Thank you! Here at Briff.me, knowing that our precious time together on Earth is waaay too short for a long feed, we bring you the best of the best, like this special briff filled with trivia, photos, and videos about the X-Files. If you want to get more posts like this, click like on the Briff.me Facebook page. 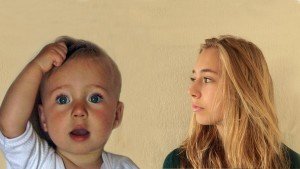 This Father Took Photos of his daughter every week for 14 years, The Result Breathtaking! 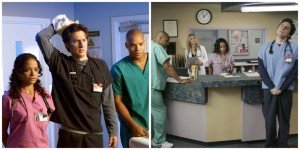 Scrubs: The Best Stories and Trivia 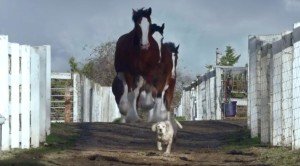 Advertisement Sequel, Charming Love Story Between A Puppy And A Horse Heartbreaker!

Star Trek The Next Generation – Tales From the Set

The Walking Dead – Secrets from Behind the Scenes 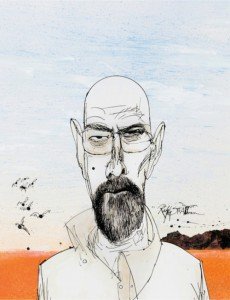 The Breaking Bad casts gets a makeover by Ralph Steadman

The Sopranos: Best Moments
About Briff.me