Remember Office Space? The hilarious movie that highlighted corporate boredom, greed, and bad bosses. 17 years later, the movie is just as relevant, as many of us spend our days dreaming of setting our office on fire, and coming into a huge amount of cash quickly. However, instead of turning to criminal actions, we recommend watching this movie.

To get you in the mood, here are some of the greatest facts, funny behind the scenes stories, and trivia you didn’t know about Office Space! Remember the “flair”? All employees at Chotchkie’s (not so subtly modeled after T.G.I.Fs) had to festoon their vests with noticeable amounts of “flair”, and Jennifer Aniston’s Joanna could never seem to please her supervisors and provide enough flair. Interestingly, T.G.I.F phased out their flair policy by 2005, and, when an assistant director asked a manager at T.G.I.F’s why the flair was gone, they were told it was because of Office Space!

What sparked a worldwide demand for red staplers? The red stapler – a running joke in the movie – had a pretty mundane beginning. The props department wanted to inject a bit of color into the boring, monochromatic, office set, and so chose bright red for Milton’s beloved office supply.

After the release of the film, Swingline, a stapler-making company, began to receive many orders for red staplers, so though they had discontinued the color years before, they began making red ones again!

Why didn’t we ever see Office Space 2?

The movie didn’t do very well in theaters, but quickly became a cult classic, doing really well on video release. Director Mike Judge said that more people have talked to him about this movie than any other film he made or worked on.

However, he rejected the opportunity to make Office Space 2: Still Renting, not wanting to go through the experience again.

Who made a surprise cameo in the movie? Mike Judge acted in the movie! Unbeknownst to most – as his name was credited as one “William King” – he played Joanna (Jennifer Aniston)’s flair-loving boss. Slap a silly mustache, wire glasses, and a condescending attitude on him and he was unrecognizable!

Ever notice the license plates? The movie is set in “Anywhere, USA” and was shot in Austin, Texas and Las Colinas, Texas. The license plates seen in the movie don’t show a state, rather they say “USA” on them. Lumbergh’s plates, not surprisingly, say “MY PRSHE“.

How did Mike Judge get the inspiration for Milton?

Milton, the nervous, constantly ignored and terribly treated, red-stapler obsessed character, was based on someone Mike Judge had worked with back in his days as an engineer. Milton constantly threatens to burn the building down and gets furious at having to move his desk around too much, and similarly, Judge one time asked his coworker how he was doing, who replied by saying he was going to quit since his desk got moved around too much.

What effect did this movie have on many people?

Not surprisingly, many people told Mike Judge that the movie inspired them to quit their boring, uninspiring jobs! But guys – if you decide to do that, make sure that burning down the building and embezzling thousands isn’t part of your plan! There’s near-constant talk about the TPS Report. Years later, we finally found out what it stood for – in the software industry, the “Test Procedure Specification”, is a set of steps used by quality assurance testers to follow in testing a given software feature. However, it makes little sense in context. Mike Judge said it was meant to stand for “Test Program Set”, which makes just about as much sense as the previous definition.

Heard about the real-life Initech? We’re not sure why anyone would do this, but to this date, about five companies named Initech have been founded. Initech, if you recall, is where everyone worked. As long as their offices stay safe of semi-hypnotized workers and red staplers, we’re sure they’ll be fine!

What inspired Judge to make this movie?

The movie is super relatable. Who hasn’t been stuck in horrible traffic, on their way to a dull job with a condescending boss? We’re sure some of you dream of quitting in a dramatic fashion.

The movie was inspired by real-life events. Mike Judge, the director, was an engineer before his foray into film began. He held a horrible temp job one summer in the Bay area, alphabetizing purchase orders. That soul-crushingly dull job led to the creation of Office Space, which just goes to prove that bad things can have good outcomes!

What was the original Office Space?

The movie is based on a hilarious skit Mike Judge created for Saturday Night Live in the 1990’s. It mainly featured a disgruntled Milton complaining about his stapler and desk constantly being moved.


What inspired the character of Steve?

Steve, the unenthusiastic former crack addict and current magazine salesman, was played by Orlando Jones. He based his character off of his niece, who used to go door to door selling Girl Scout cookies with an equally bad attitude. If she’s anything like her hilarious uncle, we’re sure she’ll go far!

What did the real Michael Bolton have to say about the movie?

One of the main characters is named Michael Bolton, which is also the name of a legendary pop musician. The movie Bolton, played by David Hermann, is constantly fielding questions about his name. In real life, Michael Bolton jokingly complained about the movie, saying, “”They had to make that f – -ing movie! I was doing fine. Then they made this movie, and I can’t go anywhere!”

Fortunately, Funny or Die made all our dreams come true and had the real Michael Bolton play the movie Michael Bolton. It’s on the last page, so keep reading for this great video!

What annoyed studio executives the most about the movie?

The movie is a black comedy, which is probably the only way to really express how dull office life can be. However, studio executives wanted the characters to look a bit more chipper, arguing that it was a comedy and people should look happier.

“Executives did not like it. That’s not a good feeling,” said Judge, and then imitating a studio exec: “ ‘Can you change that?'” The studio also apparently hated Lumbergh’s character, and found watching dailies of him going, “Ummmmm….yeah…” infuriating.

What was the inspiration behind Lawrence? Peter Gibbons, the main character, has a pretty nosy, if hilarious neighbor, played beautifully by Diedrich Bader. His character added many amazing moments into the film. (“What would you do if you had a million dollars?” “I’ll tell you what I’d do. Two chicks at the same time.”)

His instructions for his character and look were simply to look like the kind of guy who loved the Allman Brothers Band. Definitely nailed it.

Where does the name Chotchkie’s come from? Chotchkie’s, the T.G.I.F-inspired restaurant that Joanna (Jennifer Aniston) works at is named for the Yiddish word tchotchke, (pronounced chah-tch-kee), which means knickknack, cheap trinket or ornament.

Where can you see corporate talking about “Planning to Plan?” Peter gets called into the meeting room to meet with the Bobs and tell them what a typical day looks like. Behind him, on the whiteboard (in typical corporate fashion) you can see an uber-complicated flowchart titled “Planning To Plan.”

Ever notice this about the Bobs? Gary Cole got the role of Lumbergh, playing it amazingly (seriously, that sarcastic drawl can’t be unheard). John C. McGinley auditioned for the role and we can see him being excellent in it. He didn’t get the part, but ended up playing one of the Bobs (the consultants hired to see who to fire in the firm.)

He wore suspenders made of belts, which changed colors based on his outfit.

Wait, that was a real virus?

The virus that crashed the office is based on an actual virus, dating back to 1990, that primarily affected Macs. It infected desktop files and caused system crashes, anomalous behavior, and printing problems. It is totally obsolete now, and mostly harmless, so no need to worry that you might accidentally steal lots of money!

We’ve all had angry moments with our printers or photocopiers that usually frustrate us beyond belief but that have relatively simple solutions. In this movie, the “PC Error” is a common fix – the printer simply needed a different paper size. Here at Briff.me, knowing that our precious time together on Earth is waaay too short for a long feed, we bring you the best of the best, like this special briff about the best stories about Office Space. If you want to get more posts like this, click like on the Briff.me Facebook page.

Like it ? Share it !
PrevPreviousV For Vendetta Stories, Trivia, and Photos!
NextAll The Stories You Missed From Clerks!Next
29,065
FOLLOWERS
12,685
PAGE LIKES
33,538
FOLLOWERS
What's Hot
- 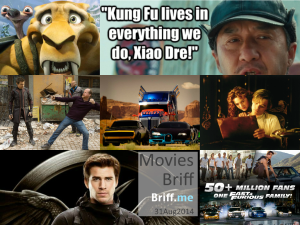 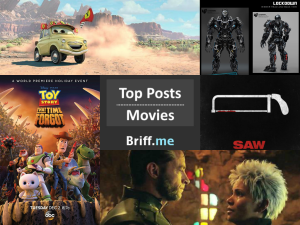 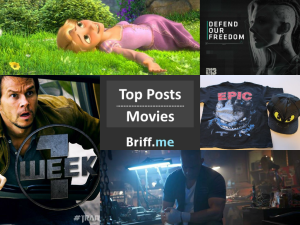 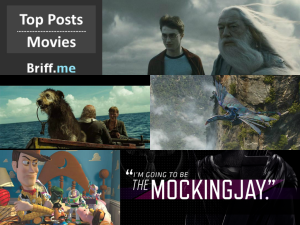 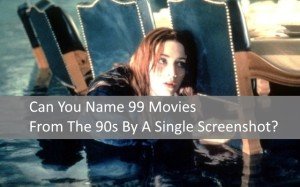 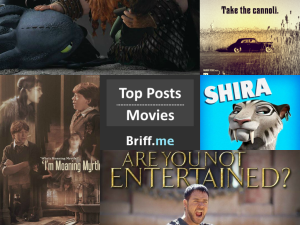 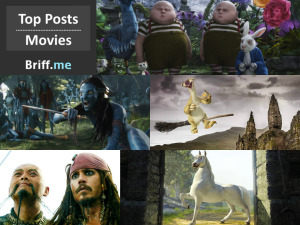 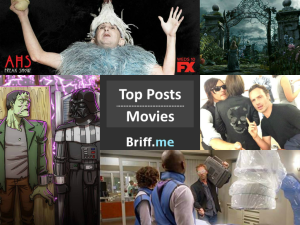 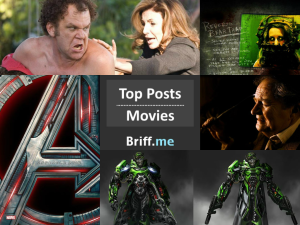 Reach The Perfection and Face The Death – Movies Briff 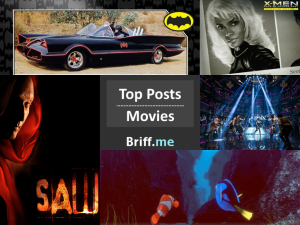 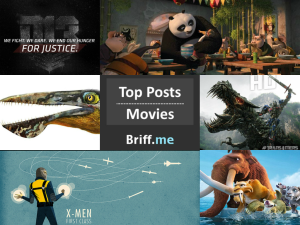 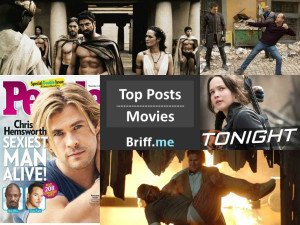 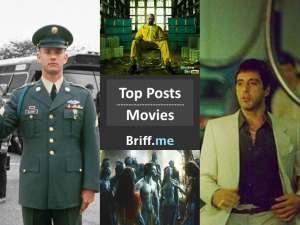 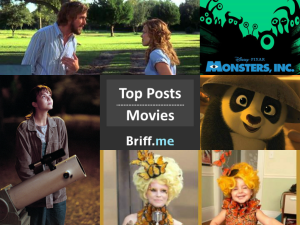 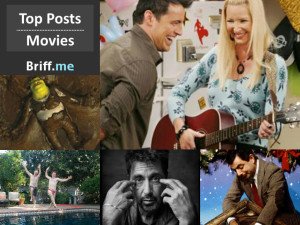 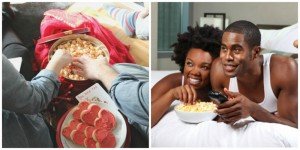 The Best Movies to Watch This Valentine’s Day
About Briff.me