Loved the TV show, comics or movies? This long-running franchise has made fans from all ages and generations. Here are some of our favorite stories and fun facts about this great series! Did you know that Hugh Jackman, who played Wolverine, took ice-cold showers every morning? It started by accident, when he hopped into the shower early one morning only to realize the hot water was out. Not wanting to wake his sleeping wife, he grit his teeth and bore it.

During the shower he realized that was something Wolverine probably felt all the time and worked it into his role, saying, “...it really pisses me off, and that’s pretty much where Logan lives, like he’s forced to take a cold shower all the time.”

What’s different about Cyclops in the movie? Cyclops changed from comic to movie! In the movie, he inadvertently shoots lasers from his eyes but is pretty easygoing – one of the “good guys.” However, the comic, Cyclops is pretty tough, often taking out many adversaries in one go.

How did Hugh Jackman end up as Wolverine? Wolverine is played (beautifully) by Australian Hugh Jackman. His friend Russel Crowe was originally tapped for the role, but declined and gave it to his friend and fellow Les Miserables star Hugh Jackman. Jackman was very grateful, as it was the biggest role of his career at that point. He even got a whole movie dedicated to his story – 2013’s The Wolverine. Wolverine has a great story in the comic/movies, but did you know it wasn’t always like that? First showing up in the pages of The Incredible Hulk, he wasn’t even a part of the original X-Men crew! He was written in and almost taken out, but Canadian artist John Byrne, who’d helped create the character of Wolverine fought to have his story told, not wanting to see the only Canadian X Man disappear from the pages of the comic!

What does X-Men mean, anyway? The name X-Men refers to a group of mutants – people (generally) born with extra genes that caused them to have unheard of abilities. In the Marvel world, those born with mutations in their genes are called mutants, and those who are altered by an external factor – radiation or chemicals, for example – are called mutates.

The “X” in X-Men refers to the gene “X” that caused the mutation. It also stands for “extra” – their extra powers.

Why did Patrick Stewart think he was auditioning for a different role entirely? Patrick Stewart, who played Xavier in the film, made the jump from futuristic series Star Trek to the dramatic X-Men. However, he’d never even heard of the series when he was approached for the role, thinking he was being asked about The X-Files!

Who was going to direct The Wolverine? The Wolverine takes place in Japan. Originally, it was meant to be directed by Darren Aronofsky (you may have seen some of his work – he directed Requiem for a Dream and Black Swan) but he turned it down upon realizing it entailed traveling to Japan for a year, which would have been too long to be away from his family.

How did Magneto manage to play Gandalf? Ian McKellan, who played Magneto, was offered the role of Gandalf in The Lord of the Rings. He originally thought he’d have to turn it down, as filming was happening at the same time as the X-Men filming. He spoke to director Bryan Singer about his desire to play Gandalf, and Singer was able to rearrange the filming schedule so that McKellan could make it to New Zealand in time to play the wise wizard.

Ever notice this about the uniforms?

In the comics, the X-Men wear a blue-gold uniform. In the movie, however, they are seen in black leather suits, as test versions of the blue-yellow uniforms were unsuccessful, and since black leather made more sense as a protective uniform.

Fans were still upset about the costume change, so a line alluding to it was added.  Wolverine complains about the uniforms and Cyclops replies “What would you prefer, yellow spandex?” The blue-gold uniforms would appear in the prequel, X-Men: First Class (2011).

What was the comic going to be named, initially? Originally, the comic was going to be called The Merry Mutants. Stan Lee objected, as he felt that few people would know what a mutant even was, even though Marvel had been using the word for a while. He lobbied to change the name, and The X-Men was picked.

How did the director try to keep his cast adhering to his vision? Bryan Singer, director of the movies, had a vision that not all fans loved, feeling that they didn’t adhere strongly enough to the comics. We’re unsure of his intentions, but he did ban all the actors from reading the comics, wanting them to stay faithful to the script. Actors got around that by sneaking them onset and trading them under trailer doors. One thing we love about the comics and movies is how it tackles big issues head-on, and takes quite a progressive stance on many issues. For example, Mystique is a shapeshifter who has lived as both man and woman – fathering Nightcrawler and Rogue.

The movie can also be seen as directly discussing racism and the issues facing LGBT people, as well as people society considers “outsiders”.

Why did one actor have to hide from the rest of the cast?

Mystique’s look is seriously amazing. In the 2000 movie, it took makeup and props nine hours to apply all the makeup needed to create the blue shapeshifter’s look. By the time Jennifer Lawrence took over the role in X-Men: First Class, makeup had gotten prep time down to a measly three hours.

Rebecca Romjin, who played Mystique in X-Men, said that cast weren’t allowed to see her in costume. She had to sit alone while she was all done up, saying, “I had almost no contact with the rest of the cast, it was like I was making a different movie from everyone else. It was hell.”

Why did she vomit blue? On her last day on set, Rebecca Romjin brought some tequila to celebrate. As the cast got to drinking, she maybe drank a bit too much, vomiting all over Hugh Jackman. Since she was in her blue bodypaint, however, she ended up vomiting blue everywhere!

Why else do we love this franchise?

Another reason we love the series so much is the strong role it gives to the women of their universe. In a move that is unfortunately not seen enough, women lead in many capacities. Kitty, Jean Grey, Storm and Emma Frost have all taken the helm of the school at various points. In 2013, Marvel released the first all-female X-Men comic!

What records has Hugh Jackman as Wolverine set? Hugh Jackman has portrayed Wolverine in seven X-Men movies so far, the most any actor has played any role in a film franchise. After him is Samuel Jackson, who played Nick Fury in six movies so far, and Patrick Stewart, playing Professor X in six films.

What other powers do the mutants have? In 2003, a character in the The Uncanny X-Men comic mentions that mutants are immune from HIV/AIDS, but never says anything more about it. We wonder if there will be a bigger plot development about that later!

How did the mutants get those wild eyes?

The mutants often have crazy eyes, which were achieved by using prop contact lenses. However, actors balked at them, as they were often very uncomfortable to downright dangerous. Before Rebecca Romjin got permission to have her eyes altered with CGI, she had to use contact lenses that severely limited her vision, which made her nervous she would accidentally kick someone in the face during a fight scene – something that ended up happening.

Halle Berry, playing Storm, refused to wear the contact lenses, lobbying to have them altered with CGI from the start.

How many lives do the mutants have? The characters in the comics have died once or twice or ten times – seemingly having nine lives. In the 2000 movie, there is a reference to that – when Toad kicks Storm down an elevator shaft, he angrily yells, “Don’t you people ever die?” as Storm gets back up.

Why did one of the characters need platform shoes? Despite being a tall 5″11, James Marsden needed to wear platform shoes to be taller than, or at least at eye level with the pretty statuesque Famke Janssen and Hugh Jackman! As a prank, cast members put a stepstool in his bathroom with a note saying, “So you can reach the sink.”

What did the sneaky set designers do? If you look closely (or not so closely, like in the above photo), you can sometimes seen X’s and O’s hidden on the sets! These are intentionally created and placed by the design and props team. Huge pop star, the late Michael Jackson, lobbied hard for a role in the movie, wanting to play Professor X. A huge fan of comics, he also wanted to play Spiderman. Unfortunately, he had not achieved any of these goals at the time of his death.

Lastly, we’ve got some amazing behind the scenes footage for you!

Finally, check out this great clip from behind the scenes on X-Men: Days Of Future Past. Here at Briff.me, knowing that our precious time together on Earth is waaay too short for a long feed, we bring you the best of the best, like this special briff about the best stories about X-Men. If you want to get more posts like this, click like on the Briff.me Facebook page. 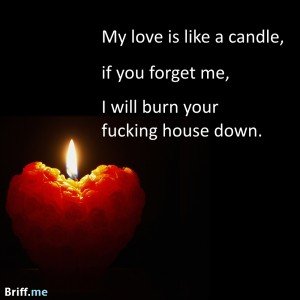 Best Ever Love Quote about a Candle 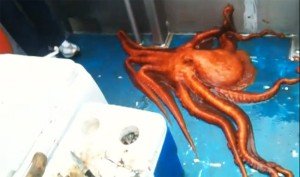 You Need To See This Houdini Octopus 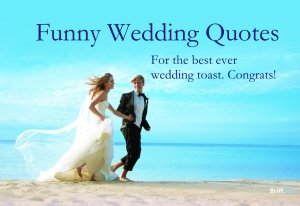 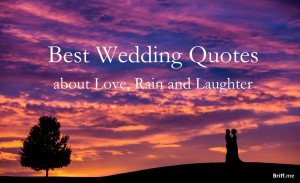 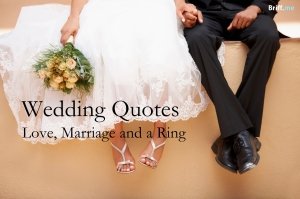 Wedding Quotes about Love, Marriage and a Ring
About Briff.me